Every relationship is different in its own different way. Relationships are meant to provide you comfort and a feeling of happiness. Somewhere down the line if you start to feel that your relationship is losing its spark, it’s about time to wake up and see what’s wrong.

You’ll soon notice changes in your partner’s mood and several other possible changes in his behavior if they are somewhat losing their interest in you or in other words you can say that they don’t love you anymore. And this never happens overnight.

Here are the 12 signs that help you understand the sad signs which tell you that your relationship isn’t going so well and is probably on the verge of going down the drain.

When your partner stops showing his love and affection to you or perhaps starts to avoid you somehow, it should be an eye opener kind of thing for you. You should know why there is a sudden change in his feeling and what exactly is the reason behind it. This clearly tells that he no craves for your love like he used to. Or maybe he is already seeing someone else. Love is the key in every relationship to keep it going or else it loses its meaning entirely. If the relationship lacks love and emotions then it’s much better to let it go and move on.

2.FOCUS IS SOMEWHERE ELSE

Getting attention from your partner is something one longs for in a relationship. If you notice that you are not the primary focus of your partner and time to time you see that their attention is diverted elsewhere, it’s an alarming sign. If they have already made up their mind, it’s completely useless to waste your time and the efforts on them.

3.THE BLAME IS ON YOU

Do they start blaming you for every damn thing? It doesn’t matter what the reason is, if this is becoming a routine it’s quite clear that your partner doesn’t value you anymore. If you are wise enough, you’ll detach yourself from them and would want to live with respect and dignity intact.

Healthy communication is a key to a good and loving relationship. If you start to talk less with your partner, it can create a lot of misunderstandings. It could also become your worst nightmare, resulting in a distance between the two of you. Again ending the relationship would be the best option to save you from more torture.

At the beginning of the relationship, your partner used to be there for you every time and anytime – it didn’t matter. Then all of a sudden they started to be so busy that they had to come with different excuses for not showing up or perhaps not being around even for days. There are chances that they might have lost interest in you and are probably seeing someone else side by side, or maybe they are actually busy. When this happens, what you need to do is to confront them. Don’t stop to waste your time with them.

If your partner has become abusive and even on little things, he has started making a big deal out of it. He doesn’t support you in your decisions and treats you poorly. Also, he never seems to be satisfied with you than it is clearly visible that this relationship won’t be able to work no matter what. You just take a big step back and live your life.

When you are not happy in a relationship, it’s quite natural that you start to hate everything around you – even your existence. In such case, you doubt the other person’s love and their intentions, and you’ll question yourself that why on earth you got into this relationship. You need to escape from such situation and need some time alone to get rid of this self-hatred and live your life peacefully.

8.NOT PART OF THEIR FUTURE PLANS ANYMORE

If you no longer are part of their future plans – be it long term or something like a weekend out or go to meet your family – it is serious. Maybe they have changed, or it’s as simple as that you are no longer part of their plans. It’s about time you start making your own and get out of such a relationship.

9.NO NEED FOR EXPLANATIONS

No matter what they are up to and whatever they do. For them it’s like that they don’t owe you any sort of explanation. If your partner doesn’t feel that they need to inform you where they are going or why they were late and upon being asked they start to misbehave with you then you should definitely consider walking out of such relationship.

The times you spent together, those golden memories mean nothing to them anymore and has lost its essence. And they don’t give a damn about anything or even you. It is time to save yourself. A relation is worthless if all the emotions are dead AF… You’d be a fool if you continue being stuck in such a meaningless and tormenting relationship where the other person doesn’t even respect you.

If they are spending more time on their own and especially demand to be left alone, it apparently means that your company has no meaning to them. It’s no longer as important like it used to be. If such demands are consistent, then it’s time for both of you to part ways. Try once, try twice, try thrice and if you don’t get any response then you need to move on there is nothing worth staying for.

12.DOESN’T EVEN TRUST YOU

Are they always doubting you or your intentions? Nothing you do makes them happy and satisfied. They are going to object to everything, even the things you do right. The shift in their attitude is because they don’t have the same feelings for you anymore and they don’t trust you any longer. 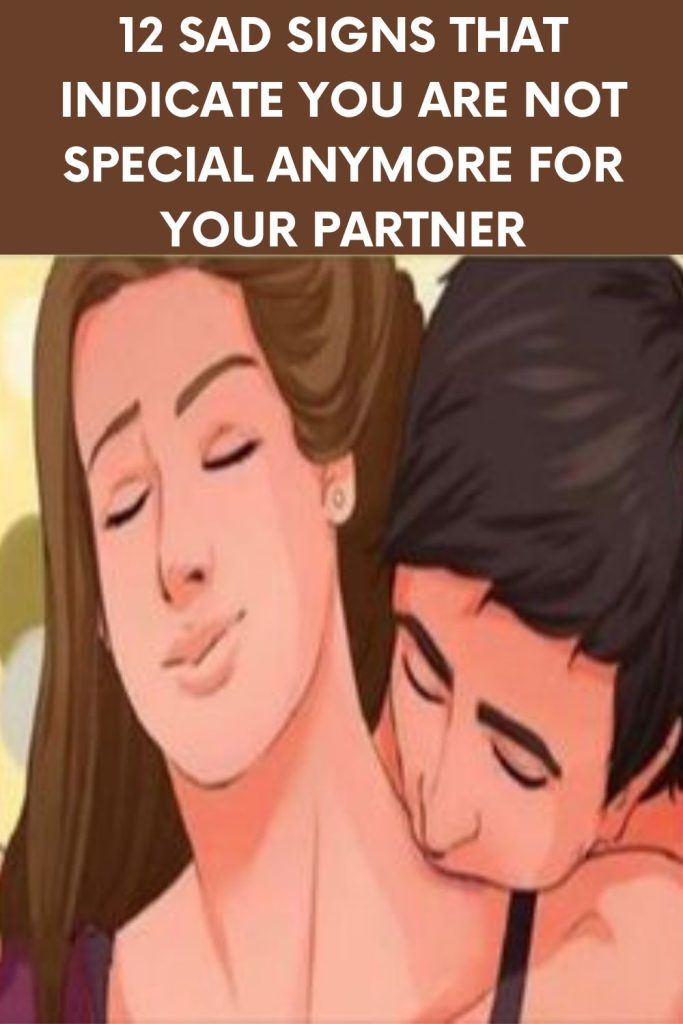