Men and women show that they care in very different ways. If a man is willing to publicly display his love for a woman, he is not messing around. It takes extreme vulnerability for a man to show and express exactly what he is feeling on such a large scale.

There are at least 8 things a man will only do for the woman he sincerely loves.

If you ever think that men sometimes behave like children, you’re not entirely wrong. Most men only concentrate on things they are passionate about. If they love you, your voice is music to their ears and all you have to do is say something that really matters and they are hooked.

The man who really loves you will not only hear you but will pay attention to your words. You will notice that he follows your advice and respects your thoughts.

2. He fights with you

Yes, that is correct. Fights are not always a sign that the relationship is going through a bad time. If he truly loves you and is invested in your relationship, he will take the time to fight, discuss and find solutions for your relationship. Occasional discussions are a sign that he wants to make things work. You want to find a middle ground where you both can be happy.

3. He makes sacrifices for your happiness

This is one of the biggest signs that a man loves a woman. If he changes his plans from something he would like to do for something he knows would make you happy, he is showing that he loves and respects you and is willing to always put you first.

4. He fights for your love

A man in love will take the punches as they come and fight to keep your love. He will weather the coldest winters and the rainiest spring showers just to be with you. A man in love feels lucky to have you in his life and makes it known that losing you is the last thing he would ever want.

5. He’s proud of your achievements

6. He thinks you look beautiful even on your worst days

A few weeks ago, one of my coworkers had a cold sore on her top lip. She did not feel comfortable enough to meet her boyfriend that day because she did not want him to see her like that. However, after gathering the opinion of the whole office, the consensus was that if she met up with him with the sore and he did not care, it would be a sign that he was really interested in her for her and not just her looks. When a man really loves a woman, she always looks beautiful no matter what.

7. He cares about your family and friends because you do

A man in love understands that the people you love are important to you, and if they are happy, you will be too. If he loves you, he will patiently listen as you share detailed stories about your friends’ lives. He will recognize their importance in your life and will offer solutions to their problems with genuine interest.

8. He’s not afraid to be vulnerable

Men do not like to be vulnerable—ever—but if he loves you, he will not have a problem with showing you that he is afraid to lose you. 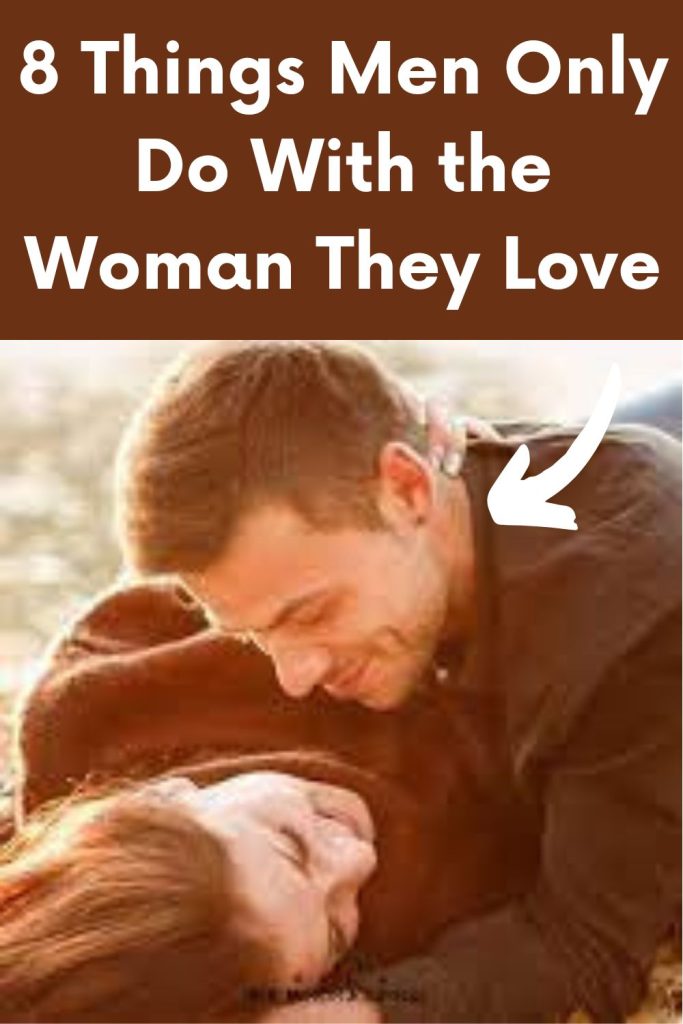