as one of the most dangerous oncopathologies of the female reproductive system. The disease is the second most common after carcinoma of the cervix. However, it is much worse diagnosed, and poorly treatable. It is characterized by an aggressive course and a tendency to relapse. Tumors are detected in patients of different ages but are most common in older women.

Reasons for the development of the disease

The mechanism of the formation of ovarian tumors is similar to the development of oncopathologies of other organs. Under the influence of a mutation, the process of cell division and death is disrupted.

Reliably the causes of the onset of pathological changes have not been identified. Experts are inclined to believe that ovarian cancer is hormonal, more often developing in women with constant failures in the synthesis of hormones of the reproductive system. So, the absence of pregnancy, and childbirth significantly increases the likelihood of malignancy. In this case, ovulatory cycles are continuous, causing accelerated regeneration of ovarian epithelial cells, which eventually provokes malignant mutations.

Other risk factors for ovarian cancer include:

The main group of patients who are diagnosed with ovarian cancer in women aged 40–69 years who suffer from infertility. The hereditary predisposition to oncopathologies of the reproductive system significantly increases the risk of developing pathology. 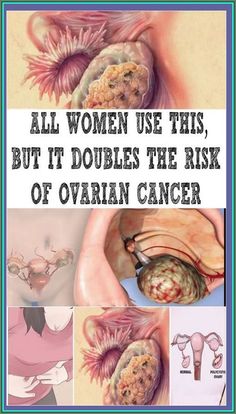