The old saying, “Sticks and stones may break my bones, but words will never hurt me,” isn’t really true. Words do hurt, sometimes even more than physical harm.

It’s hard for people of all ages and all cognitive abilities to deal with bullies. When you add in the factor that the victim being targeted and harassed has a disability, you might think they wouldn’t respond too well. But the way one boy with autism handled a bully situation is something we can all learn from.

Jonathan Moran, 12, has high-functioning autism. Sadly, he is used to being teased. One day as he rode the school bus, bullies started mocking him, calling him “fat,” “stupid,” and “cracker.” They also made fun of his shoes.

The bullying then escalated to him being punched in the face. The impact broke his glasses and split his lip.

At this point, I pause and wonder how I would handle such abuse. I am an adult, a parent, and have been a public school teacher and coach. I have enough life experience to respond appropriately. But when you are ganged up on and treated so unfairly, it’s normal and expected that any person would lash back without taking the time to think rationally.

Jonathan had a choice, and he chose to remain calm, which his mother said is out of character for him in such a situation.

Local firefighters responded to a call about the incident. They assessed the situation, treated Jonathan’s injuries, and then drove him home.

That could have been the end of the story, but the firefighters didn’t stop there.

One of the responders was Brian Pastor, a firefighter and EMT. “It just struck a cord in my heart,” he said of the incident on the bus. “I was telling the guys what happened and we decided to chip in and get the kid some shoes.”

Not only did they hand deliver the shoes, they also gifted Jonathan with a t-shirt, socks, and a wooden American flag.

Jonathan’s mother, Hope Moran, explained that her son has not always handled bullying situations well in the past, but said she is proud of how he handled it this time. “He’s gotten in trouble in the past,” she said, “so to have all of this positive attention this time, perhaps it’s going to change the direction of his life.”

Jonathan said he has forgiven his classmates and has even invited them over to dinner. He hopes they can eventually be friends.

Nice job, Jonathan. You are a class act! 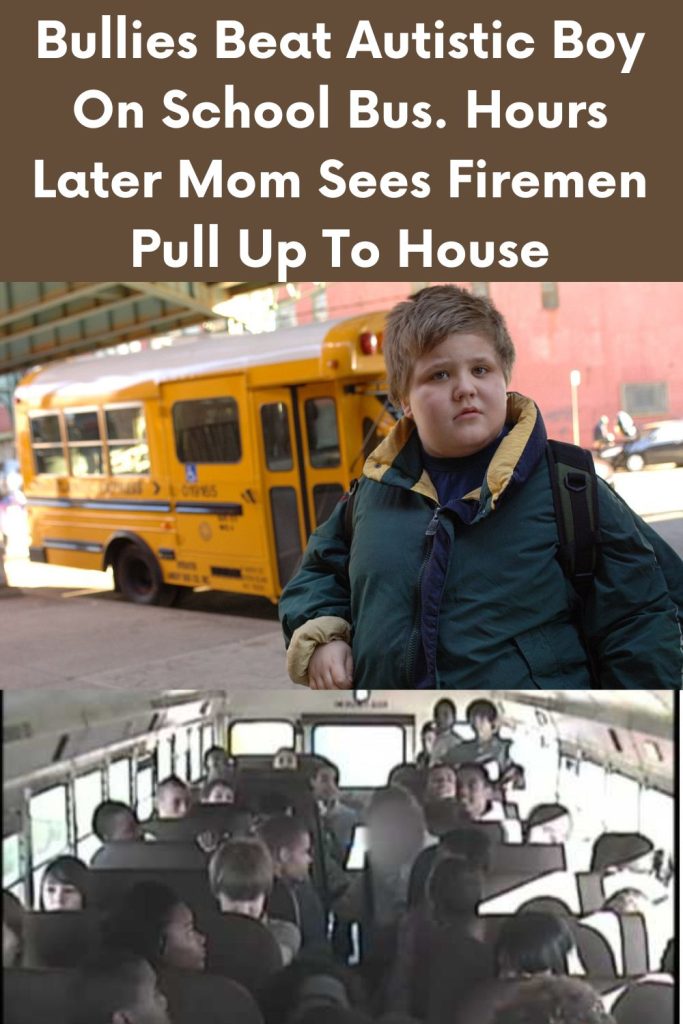