10-year-old Abby Furco was on her deathbed after she had been fighting rare cancer with only a mere 20 percent chance of survival.

It devastated her parents, Patty and Joe Furco who was told to prepare to say final goodbye when their daughter may not be able to survive cancer.

Abby Furco was diagnosed with Philadelphia chromosome-positive acute lymphoblastic leukemia, a rare subtype of the most common childhood cancer in February 2011 when she was four years old.

In spite of the heartbreaking news and Abby’s little chance of surviving, the family continued to comfort Abby as she endured the grueling series of treatment including radiotherapy and chemotherapy.

In the fall of 2013, it seemed that miracle and luck were on their side as Abby had finally gotten better and resumed her life — went to the school, played with her friends and joined the scouts.

Unfortunately, her cancer reappeared and became even more aggressive in September 2014. “She became completely immobile, any movement hurt her and she hardly spoke,” said Abby’s mother, Patty Furco.

Abby later underwent a bone marrow transplant in late January 2015 but the doctors discovered that the donated bone marrow was attacking her body just a month later in February 2015.

A year later, Abby’s kidneys began to fail and she was placed in an intensive care unit. She would not survive without a dialysis every 48 hours.

In an interview with People magazine, Jacob Wessler who was Abby’s doctor said that her body was “shutting down”.

The doctors told Patty and Joe that Abby might not have much time left and they should prepare to say the final goodbye to their daughter.

“Doctors told us it was time to let her go, she was only awake for like an hour each day,” said Patty. “We began preparing our other daughters for her death.”

In June 2016, they brought Abby back home where everyone in their family gathered to spend the last few days with the girl. Just as when everyone was preparing for her impending funeral, Abby suddenly woke up by herself.

“I have so much living to do,” Abby told her parents and that was when she began to show remarkable progress.

“We couldn’t believe it, in a matter of days, weeks, months she started walking and getting stronger,” said her mom.

Abby is currently off her medication as long as the cancer does not grow back but it just makes her cherish every moment in her life and staying positive along with her family. 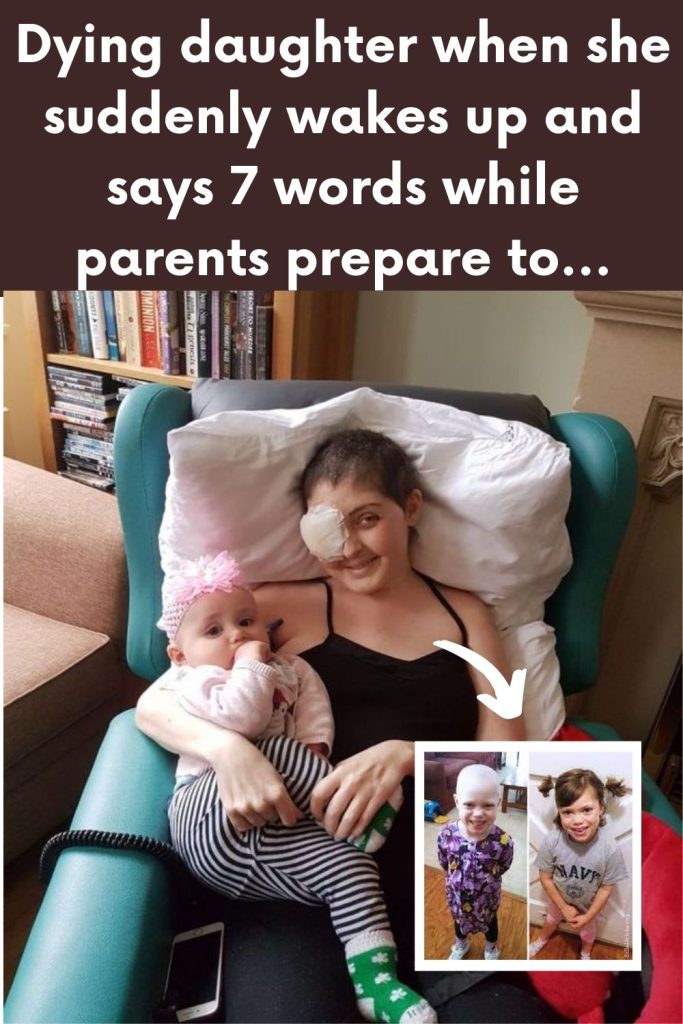