Being a truck driver, Kevin Kimmel is used to seeing all types of things in all kinds of places.

However, nothing can compare to what he witnessed when he stopped at a rest stop in New Kent, Virginia, back in January 2015.

He couldn’t help but spot something odd inside an RV parked close by, when he was sipping on his cup of coffee. For a single moment, he saw what seemed to be a young woman through the window, shielded by a dark curtain.

He didn’t have enough time to mull over the situation, but soon enough, he realised that he had to act …

The moment Kevin noticed a young woman sitting inside an old RV nearby, he trusted his instincts and he started to assess the situation. Something simply didn’t look right to the man.

He explained when he spoke to WTVR: “An older RV, black curtains — in my world, that’s not natural.”

From the look on the girl’s face, Kevin could definitely see that there was a problem. The longer he watched her, the more he thought she could perhaps be in some sort of danger and his first impression was that she was distraught.

Even though he could have simply ignored her and put it down to his own imagination, he decided not to. And it turned out that was a very good thing in the long run.

Instead of ignoring the feeling in his gut, he decided to act upon it and call the police. It would later turn out that this exact call would save a woman’s life.

Later, it turned out that the girl in question had been abducted by a couple and forced into prostitution. It was Kevin’s intuition and quick-thinking that spared the girl from this horror.

Kevin still drives a truck, according to FOX8— but he’s also taken to touring around the country and speaking about his experience at any anti-trafficking event he had the chance.

This really proved that a single phone call can literally save a life. 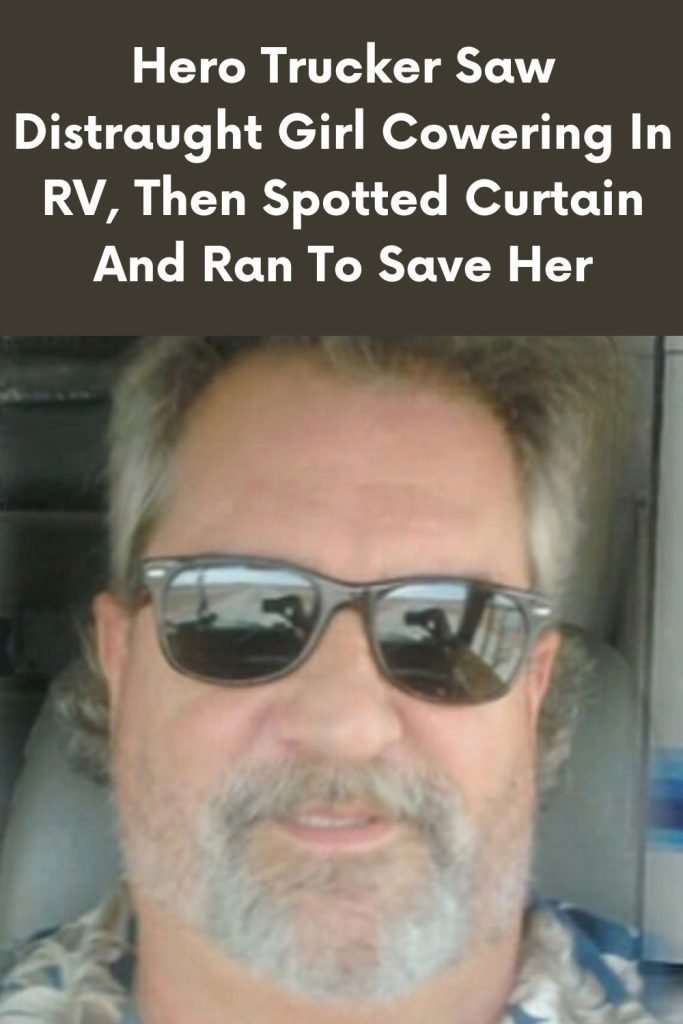 48 Thoughts to “Hero Trucker Saw Distraught Girl Cowering In RV, Then Spotted Curtain And Ran To Save Her”