Life is full of unexpected turns, but once you’ve reached a certain age, drastic changes are few and far between. Once you have a long-established home and family; you’ve married, had children and grandchildren and you’re almost 90 years of age, it’s not that common for life to surprise you. But that was exactly what happened to Katie Smith and Ed Sellers.

Katie and Ed lived in the same town and fell in love with each other when they were just 15 and 14, respectively. This happened decades ago when the rules of courtship were completely different. Her parents would not let them go out alone, and the only way they could see each other was when they were at home being chaperoned by Katie’s younger sister.

You can watch their full story in the video below:

“We were dating for three years and I wouldn’t let him kiss me,” says Katie, now a 90-year-old granny. Katie and Ed’s relationship didn’t last much longer. Their parents were so strict that eventually they stopped seeing each other and they went their separate ways.

Katie ended up marrying a man she lived with for 54 years. Ed also got married and was with his wife for 67 years. From these marriages they had many descendants; children, grandchildren, great and beautiful families that accompanied them throughout the years. They grew old and eventually both lost their life partners.

Almost two years after losing his wife, Ed was looking at an old phone book he had kept for many years. Then he saw it: Katie’s phone number. Perhaps she had changed numbers or maybe she had already passed away. After all, 74 long years had passed, a lifetime. But he did not let that discourage him and dialed the number anyway. To Ed’s surprise, Katie was still very much alive and even living in the same town! They agreed to get together to talk about their lives and reminisce about that the good old times when they had once fallen in love.

When they met up with each other, all the old feelings came flooding back. Not only did they rekindle a friendship, they immediately began a relationship. Then, on July 16, 2017, the two finally got married at 89 and 88 years old!

What an incredibly touching story of lovers reunited almost at the end of their lives. They both joke about how much time they will have left together: maybe it’ll be years or perhaps just a week… there’s no way of telling, but that doesn’t matter because they’re together now. One thing’s for sure, this couple certainly has a good sense of humor!

If Ed had not had the curiosity and courage to find out what happened to Katie, this exciting reunion would never have happened. Look at the two of them now, just as much in love — as if they had spent the last seven decades together!

People say that there is no such thing as eternal love, but tales like this show that’s not true! Life is just too short and the moral of the story is that it’s never too late! 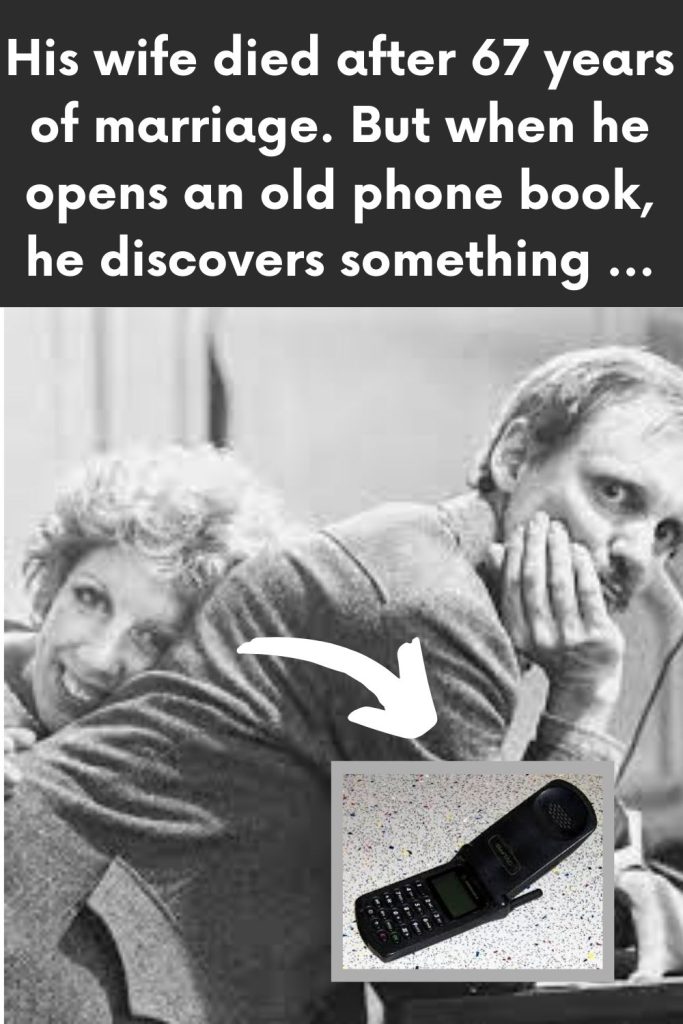 180 Thoughts to “His wife died after 67 years of marriage. But when he opens an old phone book, he discovers something …”