He came into Long John Silver’s looking for some water – but ended up with so much more! The homeless man asked the cashier at the Amarillo Long John Silvers for water – she smiled at him and gave him a cup – then she disappeared.

When she returned, she had a tray of food for the man! One customer, Scott Grubitz, was touched by what he had just witnessed, and personally thanked the cashier for what she had done. He also asked if he could take her picture.

The cashier agreed and told Grubitz that the store manager had given her permission to help the homeless man – Grubitz thanked him too (and took his picture). Simple human kindness. See how easy it is to be nice?

One meal is all it took for this story to be told over and over!

Be kind and share stories of kindness that you witness! 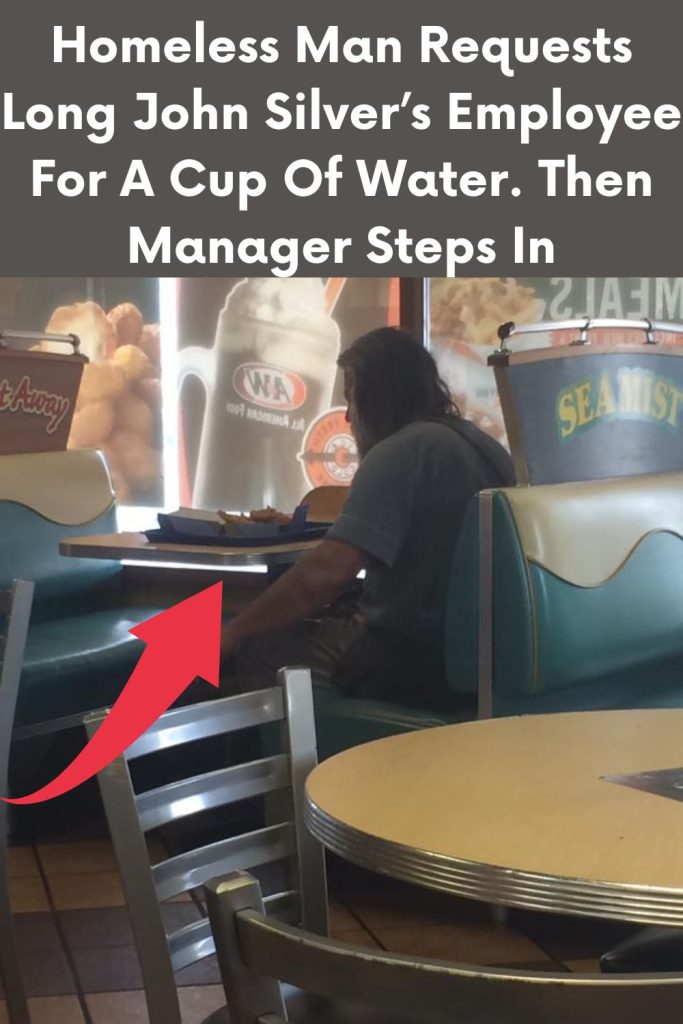 318 Thoughts to “Homeless Man Requests Long John Silver’s Employee For A Cup Of Water. Then Manager Steps In”