Marine Sgt. Nick Walsh’s favorite possession was undoubtedly his 1991 Ford Bronco, which he loved so much that he pledged to pass it on one day to his son.

Sadly, Nick was only 26 years-old when he was killed by sniper fire while he was deployed to Iraq back in 2007. His beloved son Triston was only four at the time, but he has never forgotten his father.

For all these years, Triston’s mom Julie has kept the Ford Bronco that Nick held so dear. Over the years, the car has started to fall apart as it remained unused in her garage. After over a decade, Julie took to social media to ask others if it was worth holding on to the car given how much it meant to both Nick and Triston, even though it could no longer be used.

Julie’s post quickly went viral, and before long, local mechanics and dealerships were volunteering to restore the car for free.

When the car was restored, Julie decided to surprise Triston with it on his 16th birthday. When she falsely told him that she had sold the Ford Bronco and would use the money to buy him a new car, however, Triston was beyond furious.

“If looks could kill…just hatred in his eyes…tear rolled down his cheek,” Julie said.

“I was so mad at her.  I didn’t talk to her for about 2 weeks,” Triston recalled.

All was forgiven when Julie surprised her son by bringing him to a local car dealership, where he saw the fully restored Ford Bronco! Businesses around town carried out an estimated $10,000 to $12,000 restoration job totally for free, and Nick’s Marine buddies travelled in from all over the country to help with the surprise.

“It’s just to show the boys, no matter where they go, no matter what they do, somebody’s going to look out for them,” said one of his Marine friends, with another adding, “For him to be able to have his dad’s vehicle was just a full circle.”

For both Julie and Triston, the experience was incredibly emotional.

“I just feel (Nick) around us so much … I know he’s sending all of us signs he is still here and looking out for us.  It’s a really comforting feeling to have.  It really is,” Julie said through tears, as an emotional Triston added, “Every time I’m going to drive this…I feel like he’s with me…sitting right over there.” 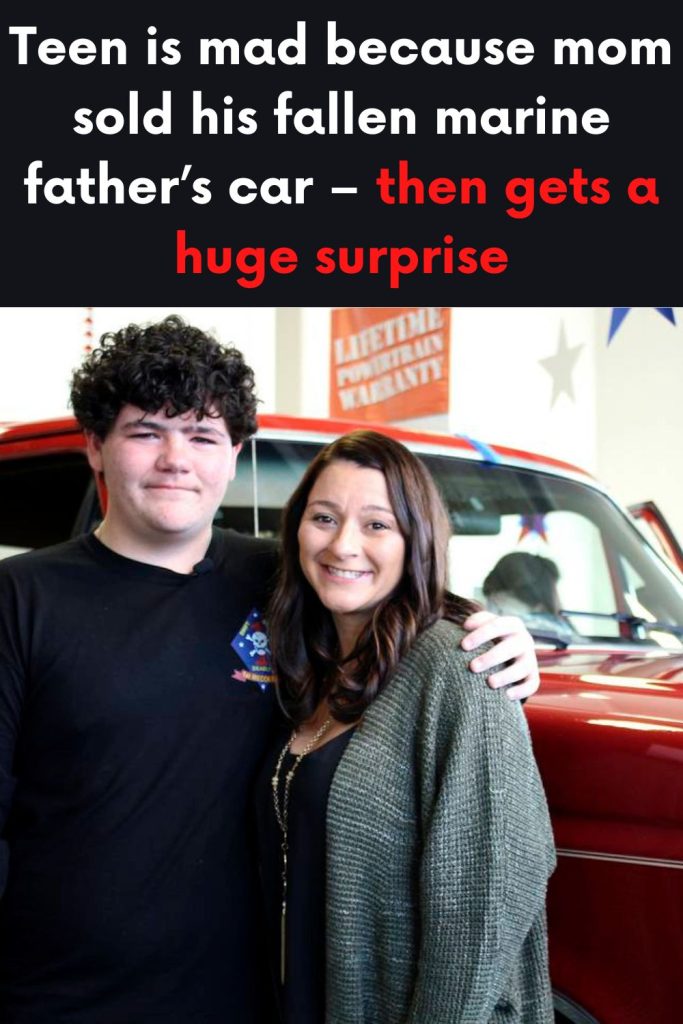