Hanna Pignato is a nineteen year old who was working her evening shift at Joe’s Crab Shack in Daytona Beach, Florida.

When night came by, the nineteen-year-old girl heard a woman screaming bloody murder from the beach below. Then she heard the sound of people crying out in what sounded like chaos.

Hanna then learned that the screaming was coming from a frantic mother, because her young son was caught in a strong rip tide. As she looked down from the restaurant’s pier, Hanna realized no one was actually trying to save the poor boy.

Hanna is an experienced swimmer and surfer, and that’s why she thought she’d be able to save him. Without hesitating for a single moment, she threw off her shoes and leaped off the pier — but she took a hard land on the sandbar below, unfortunately.

Instantly, the bones in her back and right foot shattered.

This incredible young woman continued swimming toward the boy, even in her state of excruciating pain and discomfort.

But then, the next thing she knew, a stranger was tending to her back on shore and trying to calm her down. To see how her heroic story unfolded, you should watch the video below.

Sadly, Hanna doesn’t have health insurance and she will be on bed rest for two months. 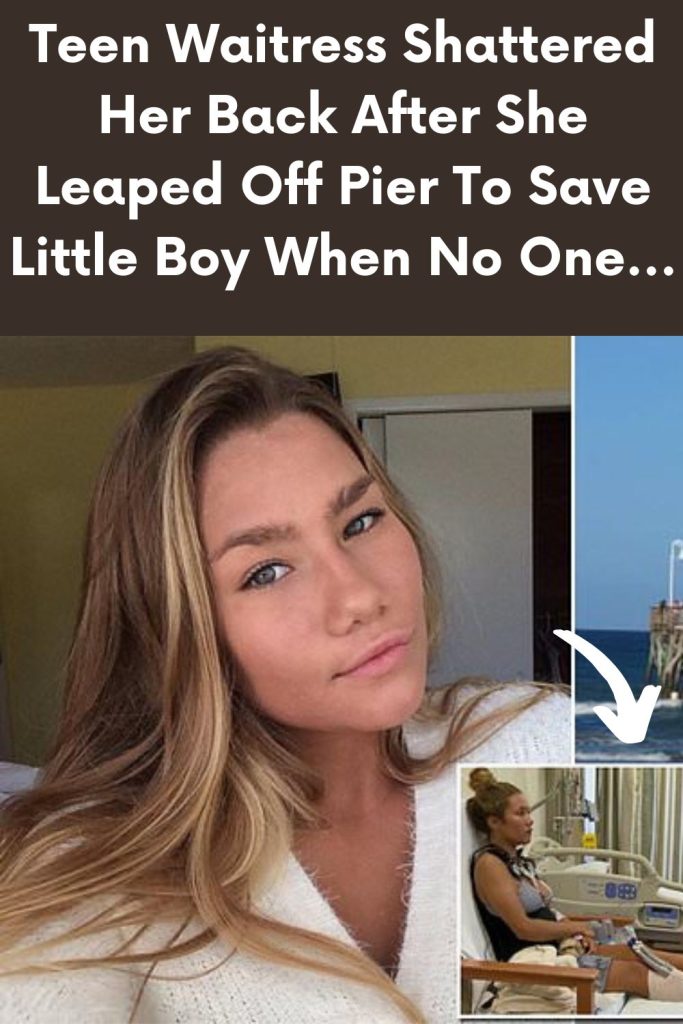