Morgan Hill, now a 20 year-old young adult, owes her life to a complete stranger. When Morgan was an infant, her biological mother had thrown her into a dumpster, basically waiting for her to die. But when Morgan screamed and cried, her voice couldn’t go unnoticed. A man saved her life.

Morgan went through the adoption process, and her adoptive parents had never given her the background story until after her graduation.

That is when Morgan decided that she absolutely needed to meet the man that saved her life.

Her adoptive mother had saved newspaper clippings and articles from when Morgan was a baby, that told the story of what had truly happened to her.

Her biological mother had an unpredicted pregnancy and delivered her child at home. Not ready to take care of her child, she wrapped baby Morgan in a towel and placed her in a plastic bag where she was placed in the dumpster.

This is when the man named Garold Hyatt, was taking out the trash and heard the cries of a baby coming from within. He found a moving object coming from within a white trash bag, and that is when he had contacted the nearest hospital and got three nurses to come to the rescue.

She was healthy and saved and then put up for adoption.

Morgan had been digging deep to meet this man and reunite and thank him for what he had done that day, but that’s when her adoptive parents decided to surprise her.

They set up a fake interview with Morgan and a journalist. Mid conversation, they told Morgan to turn around and when she did, she began to cry.

For 20 years , Hyatt had been hoping that some day they could come back in contact again.

Hyatt also brought two gifts to show Morgan. One being a picture of him holding her as a baby at the hospital, and another being a pin that he received for his noble actions.

An amazing story of true nobility. What’s even better is that the two still remain in contact today, and the families have actually become close. 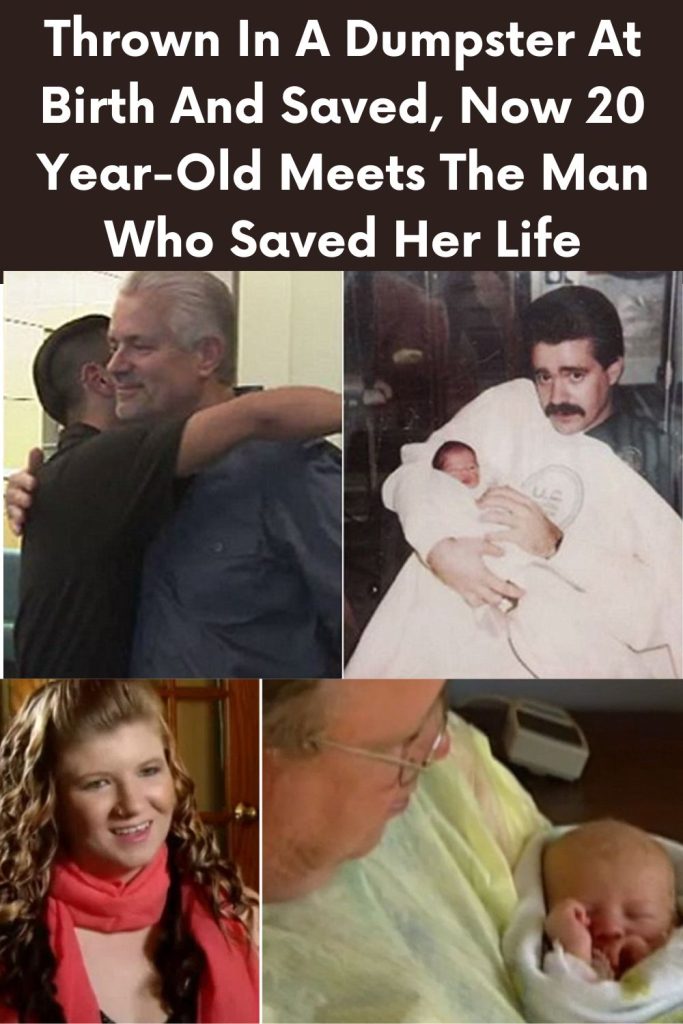 5 Thoughts to “Thrown In A Dumpster At Birth And Saved, Now 20 Year-Old Meets The Man Who Saved Her Life”